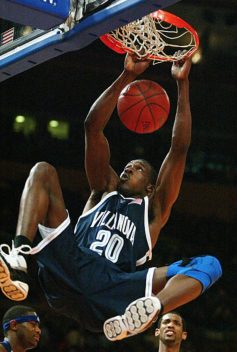 Posted on March 6, 2018 by southvalleyacademy

Jason Fraser is a former Phoenix Suns Player Development Assistant Coach. Prior to the Suns, Coach Fraser served as the assistant coach to San Antonio Spurs G-League affiliate, the Austin Toros and helped lead them to a division championship and semi finals during his time.

He previously served as Director of Student Athlete Development at his Alma mater, Villanova University. As a player, Fraser assisted in appearances in the Sweet 16 & Elite 8.

Before heading to Villanova, Jason was a McDonald’s All American at Amityville H.S, winning 3 Straight State Championships and NY State Player of The Year honors.

“Choice is one of our greatest possessions in life. We can choose to have life beat us down or learn from each step and continue our journey to our divine destinations.” – Jason Fraser